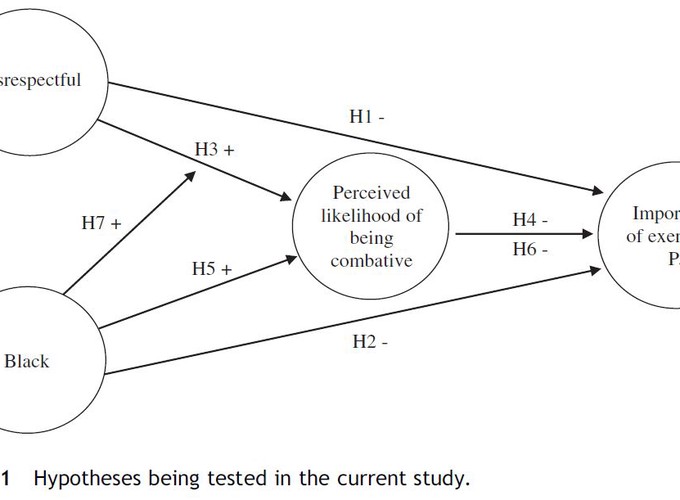 President Obama’s Task Force on 21st Century Policing recently endorsed procedural justice as a way to restore trust between police and communities. Yet police–citizen interactions vary immensely, and research has yet to give sufficient consideration to the factors that might affect the importance officers place on exercising procedural justice during interactions. Building on research examining “moral worthiness” judgments and racial stereotyping among police officers, we conducted two randomized experiments to test whether suspect race and demeanor affect officers’ perceptions of the threat of violence and importance of exercising procedural justice while interacting with suspicious persons. We find that suspect race fails to exert a statistically significant effect on either outcome. However, demeanor does—such that officers perceive a greater threat of violence and indicate it is less important to exercise procedural justice with disrespectful suspects. These findings have implications for procedural justice training, specifically, and police–community relations more broadly.