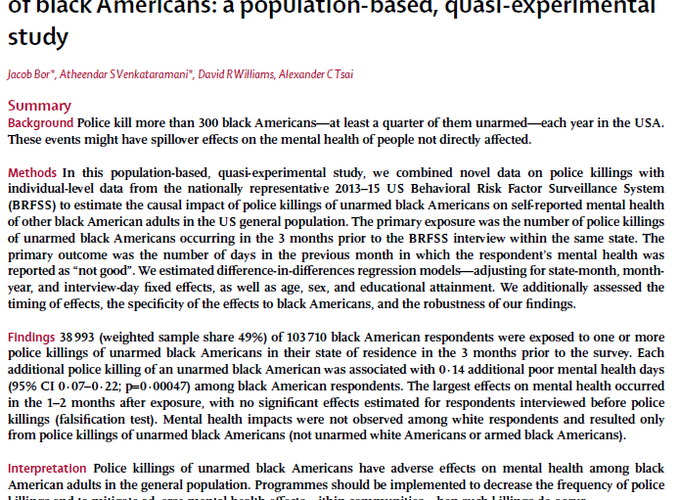 We reevaluate the claim from Bor et al. (2018: 302) that police killings of unarmed black Americans have effects on mental health among black American adults in the general population. The Mapping Police Violence data used by the authors misclassified 91 incidents involving black decedents who were either (1) not killed by police officers in the line of duty or (2) armed when killed. Correctly recoding these incidents decreased in magnitude all of the reported coefficients, and, more importantly, eliminated the reported statistically significant effect of exposure to police killings of unarmed black individuals on the mental health of black Americans in the general population. We caution researchers to vet carefully crowdsourced data that tracks police behaviors and warn against reducing these complex incidents to overly simplistic armed/unarmed dichotomies.