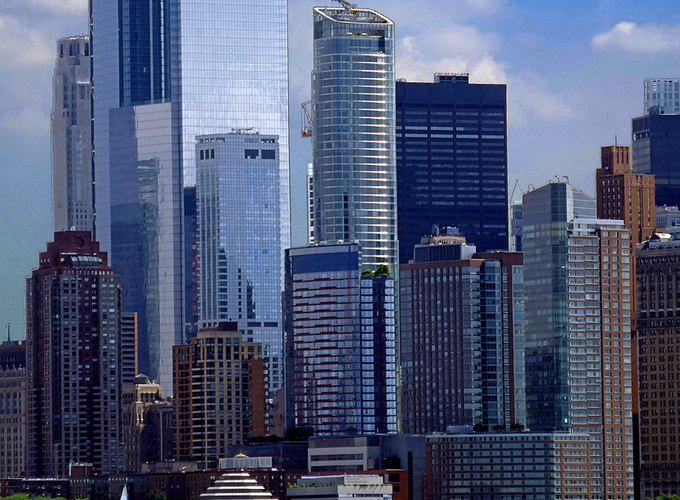 In my last post, I pointed out that shootings weren’t occurring less frequently in NYC in 2020 than in prior years, despite the COVID-19 pandemic. I was also careful not to jump to the conclusion that shootings had increased significantly.

That was June 3rd. Suffice it to say a lot has happened since then - including 624 additional shootings. Each of the last four years, NYC had fewer than 200 shootings from June to July. This year, they had 449. As of August 26th, there have been 965 shootings this year, which is a year-to-date increase of 88 percent. In fact, NYC finished each of the last three years with fewer than 800 shootings by my count.

Here’s the (rolling) average daily number of shootings, dating back to January 1, 2016: 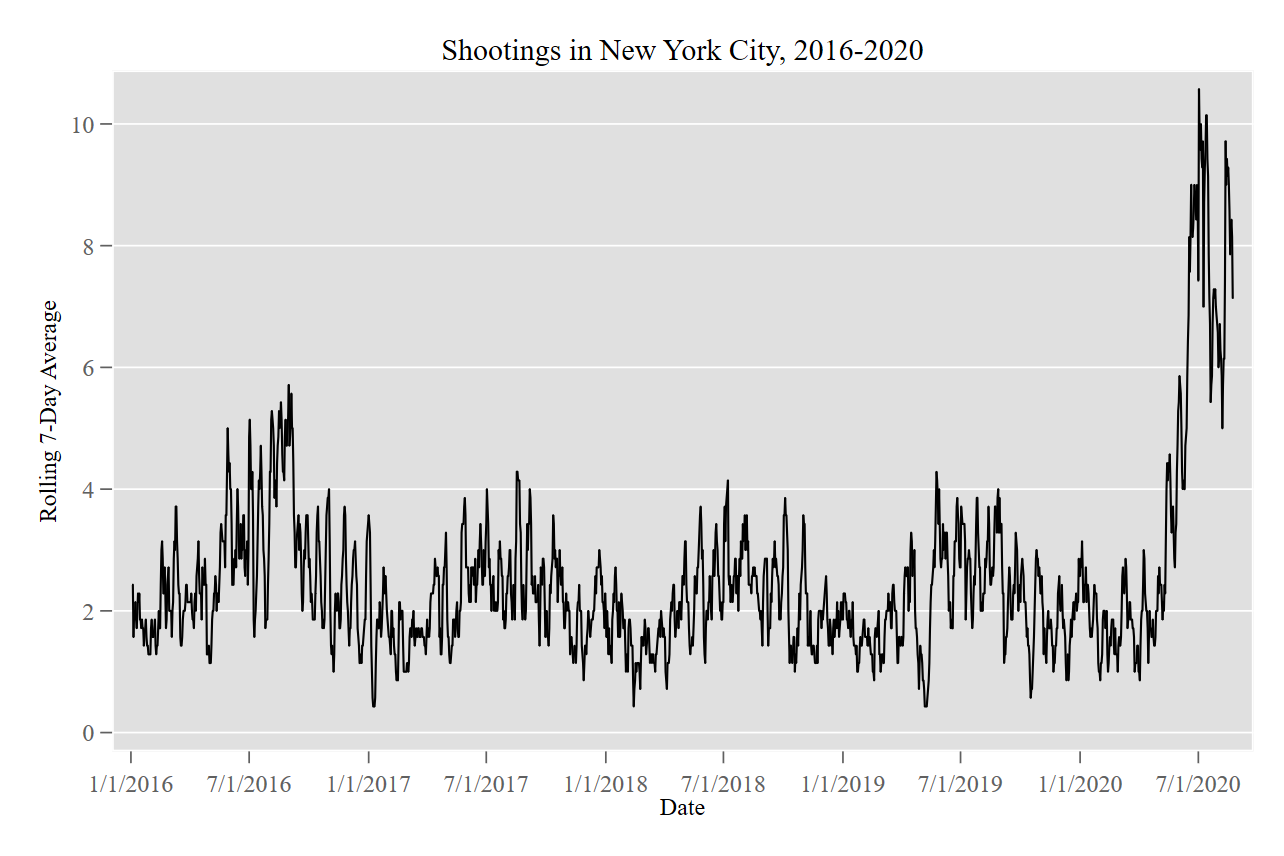 These alarming figures have led some, myself included, to wonder whether NYC is approaching the end of its decades-long crime decline.

I sure hope it’s just a blip and not the start of a new trend.

You can download incident-level shooting data from the NYPD here.