Image by Scott Rodgerson at Unsplash

from a 2018 survey of a large southern police department 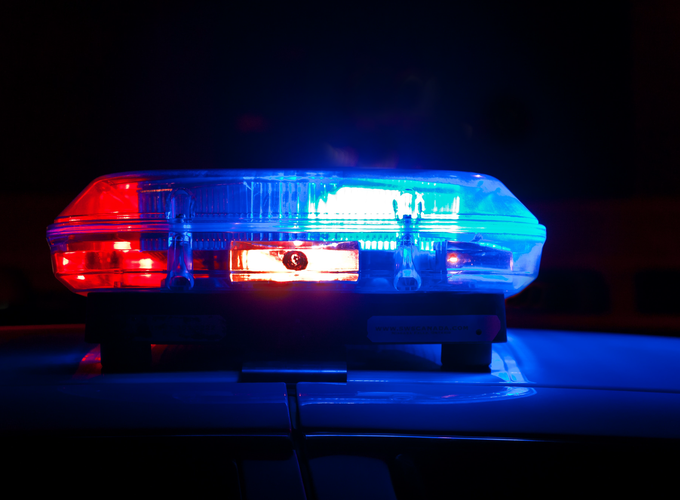 Image by Scott Rodgerson at Unsplash

from a 2018 survey of a large southern police department

Earlier today I was reminded of some data I’m sitting on that my colleagues and I never published anywhere. This comes from a web-based survey of police officers at a large, southern agency that we administered in 2018. The response rate was 31%.

So we asked officers to consider eight ideas that “have been proposed as ways to improve policing” and indicate the extent they supported or opposed each. We listed a hodgepodge of “reforms” including some that would (1) expand police authority, (2) restrict police authority, or (3) increase citizen oversight.

Response options were strongly support, support, neither support or oppose, opppose, and strongly oppose. The bar chart below shows the proportion of officers who supported or strongly supported each reform idea (right click it and open in a new tab for better resolution). 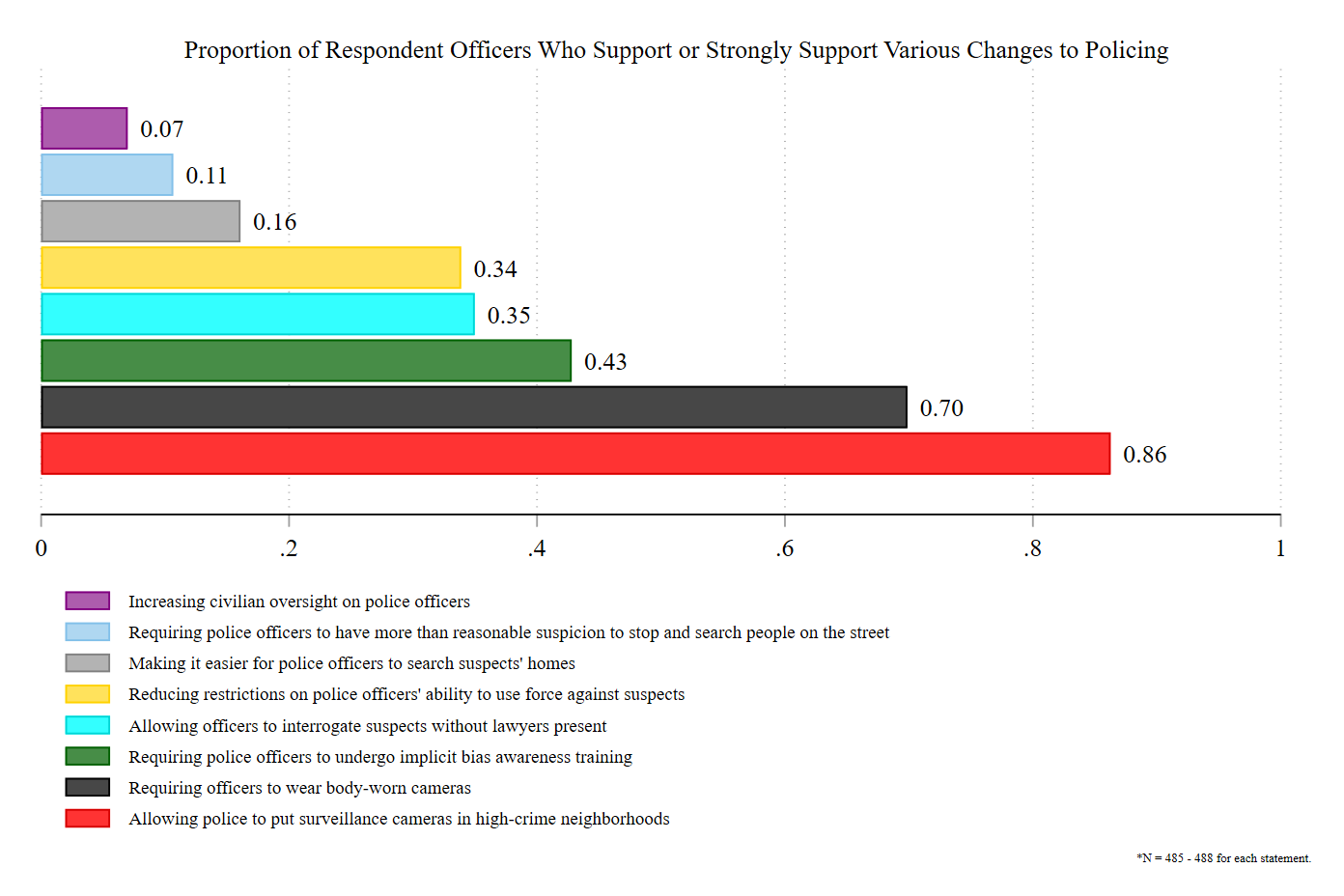 Perhaps unsurprisingly, requiring officers to wear body-worn cameras had a great deal of support. Equally unsurprising, to me at least, was that only 7% of officers supported increasing civilian oversight of the police, and only 11% supported requiring more than reasonable suspicion to initiate a stop.

But check out some of the others. Thirty-four percent supported loosening restrictions on their ability to use force against suspects. And 86% supported allowing police to put surveillance cameras in high-crime neighborhoods.

For the most part, there were no discernable differences in support across officer race, gender, or education. There were a few exceptions, though:

The usual limitations, of course: it’s just one agency and it’s only the 31% who agreed to take our survey. Furthermore, this was all done in 2018, a lifetime ago. So interpret with caution.