Photo by Bill Oxford on Unsplash

Now in print: Three experiments concerned with the Demeanor Hypothesis

We peek into the black box of officer decision making. 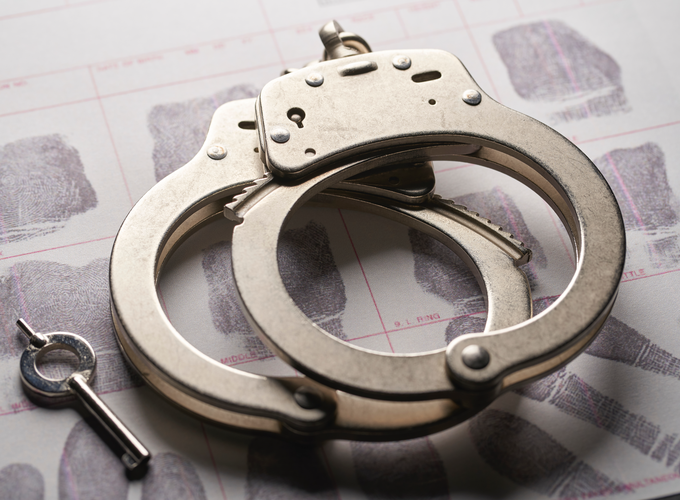 Photo by Bill Oxford on Unsplash

Now in print: Three experiments concerned with the Demeanor Hypothesis

We peek into the black box of officer decision making.

In a new paper published in Journal of Experimental Criminology, my colleagues and I revisit the Demeanor Hypothesis, which holds that police officers respond more punitively to citizens who disrespect them or challenge their authority. In the 1990s, David Klinger argued that prior work had often conflated demeanor with criminal conduct. Based on his analysis of police-citizen encounters in Dade County in the 1980s, he concluded “displays of hostility which violate no laws do not increase the likelihood of arrest in and of themselves.”

As we outline on p. 616 of our new paper, it is difficult to draw conclusions about the causal effects of demeanor based on studies that use systematic social observation (i.e., researchers observe police-citizen encounters and code things like demeanor, use of coercion by officers, etc.) for several reasons. As one example, if a citizen’s behavior could be categorized as both disrespectful and noncompliant, how can we know which is influencing the officer’s decision making? We shouldn’t just assume post-hoc that the officer’s response was prompted by the citizen’s noncompliance.

In our paper, we tested whether citizen disrespect heightens officers’ suspicion and perceived danger, or causes them to feel more angry, frustrated, annoyed, or fearful. To do this, we presented 546 officers in a large southwestern agency with vignettes about routine police-citizen interactions (public order violation, traffic stop, suspicious person call) wherein the citizen’s demeanor was randomized (compliant, bad attitude, or noncompliant). Importantly, the citizen with a bad attitude obeyed the officer’s commands but did so in a disrespectful way (e.g., shouting, using profanity, calling the officer names, mocking the officer). This experimental design allowed us to isolate the effect of demeanor on officers’ cognitive and emotional responses, which we expect to influence their behavioral responses, based on experimental evidence published in the field of moral psychology.

Across each experiment, we found that disrespect in and of itself triggered suspicion, annoyance, and frustration among officers. In the suspicious person experiment, disrespect also caused officers to perceive the citizen as more dangerous. The next step, of course, is to determine whether these cognitions and emotions do in fact increase the likelihood of punitive behavioral responses by officers.

For detailed results, you can download our article for free here (see pp. 626-27). Here’s a figure that nicely summarizes our findings: 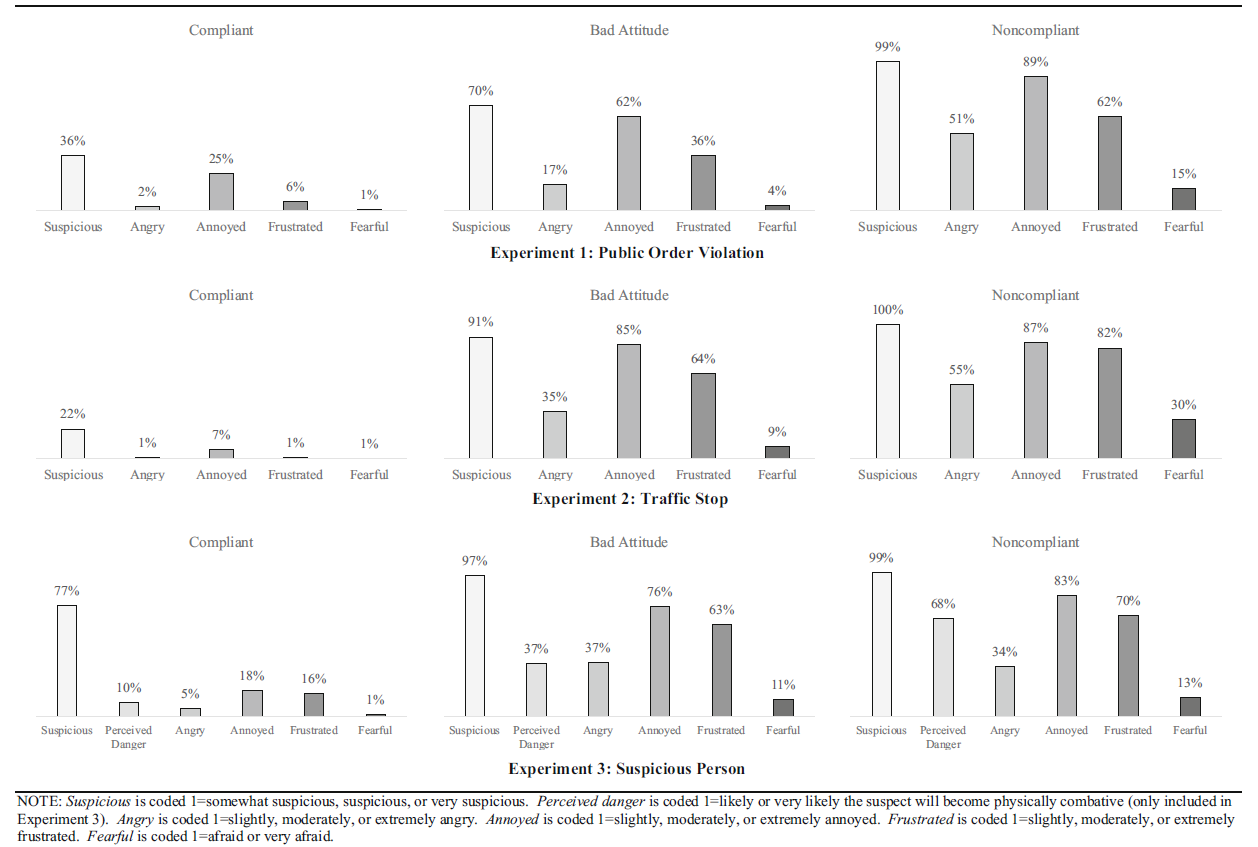 Many thanks to Bobby Brame, Gillian Pinchevsky, Ben Steiner, Scott Wolfe, Emily Wright, and the anonymous reviewers for their helpful feedback on earlier versions of this manuscript. We are also indebted to the officers who were kind enough to participate in our survey and the Commander who helped us distribute it to them.